Land of Fire and Ice

The Golden Circle of Iceland

Dubbed the Land of Fire and Ice, the black and white contrasts that surround you will leave you in awe.

Discover some of the most striking waterfalls in the world, over 125 volcanoes, and massive, crafted glaciers. All are surrounded by amazing wildlife, such as whales, shags, puffins, black-legged kittiwakes, arctic terns, fulmars, and eider ducks. We’ll go whale watching, witness the striking beauty of Icelandic horses and trace through the steps of the Vikings.

Iceland is a country that possesses such natural beauty, with an almost otherworldly landscape. You’ll discover gorgeous geological contrasts – and some of the largest glaciers in Europe. This is also the perfect place to experience the eerie beauty of the aurora borealis and the eternal twilight of the midnight sun in winter.

Come here to experience the hike of a lifetime. Wander through caves of ice, dive between tectonic plates, and sip whisky with pieces of icebergs that resemble the size and beauty of diamonds.

Iceland is home to the most incredible natural phenomena that will take your breath away.

Stand before mountains, volcanoes, glaciers, waterfalls, discover new places, relax in incredible hot springs, and be amazed by nature on a 10-day exploration of this magnificent country.

Join us and make the most of every minute in the Land of Ice and Fire.

Arrival at Keflavík International Airport airportת, and enjoy a private city tour in Reykjavik taking you around to the most important landmarks so you can learn more about the city’s history and experience the culture and life force of the capital.

Discover the dramatic landscapes at Snæfellsjökull National Park, a diverse area, home to numerous stunning sights and is a popular destination for those wanting to experience something different with fewer tourists around. Then, participate in Viking Sushi Adventure which offers a glimpse of the fjord’s fairytale-like scenery and the exploration of different kinds of shellfish, scooped up from the bottom of the ocean.

Day 3: Into The Glacier

See the beautiful blue ice at the heart of an Ice Cap Glacier, and go subglacial experience not to be missed. Embark on an exciting and magical journey, deep within the glacier, and it is deep enough to reach another world, a world of magnificent, stunning blue ice.

Marvel the Borgarfjörður Fjord, explore and discover the beautiful west and its sagas. Continue to Bjarteyjarsandur Farm, there you´ll meet Adda and Gummi, the farmers and they´ll tell you the story of their farm, participate in a short cooking lesson and sample Icelandic dishes, end your day relaxing in the geothermal baths at Krauma Baths.

Tour to Golden Circle, the most famous route in Iceland, visit the beautiful national park Þingvellir, the geothermal area of Geysir and the spectacular Gullfoss waterfall. Continue to Friðheimar Greenhouses and learn about horticulture in Iceland.

Jump aborad on a super-jeep tour to Landmannalaugar, one of Iceland’s most unique destinations, and a must for explorers of the interior. Enjoy the stunning and unique scenery with colorful rhyolite mountains in shades of red, pink, green and golden yellow which resemble no other place on Earth.

Be amazed by the frozen enchantment of Europe’s largest glacier lagoon in Iceland and participate in a Zodiac boat tour, a great experience to boat along the deepest lake in Iceland. Enjoy a magical day full of breathtaking views, natural wonders, great hiking, and unforgettable glaciers.

Visit Jökulsárlón & Skaftafell – Nature reserve & Hiking on a Glacier, an adventure playground for outdoor lovers! There are dozens of hiking trails found inside the National Park, both easy walking trails and challenging treks, so everyone should find something for them in the park.

The best-known tourist attraction in Iceland! During this trip, we visit the charming local town-Vík í Mýrdal and watch an Icelandic Lava Show- the only show in the world where you can feel the heat from actual flowing lava in a safe environment.

Discover a great lava field (so you might say that it’s not only an airport transfer but also a sightseeing adventure)  before your departure from the land of fire and ice.

Explore the famous Golden Circle Route, a must-see for every Iceland visitor. Our Golden Circle tour of Iceland takes you to the three most popular sights in the country: Þingvellir (Thingvellir) National Park, Geysir Hot Spring Area, and Gullfoss Waterfall. Experience the stunning natural scenery,

stop for photos, head off to explore off the beaten paths, spend an hour petting Icelandic horses, take a dip in a traditional thermal spring bath, a collapsed volcanic crater, thermal river, and even visit a Game of Thrones filming locations.

Explore Reykjavik, the capital city of Iceland and cultural, governance and trade center of the country.

Visit the Gulf of Reykjavik and breathe in the fresh Icelandic air, the city’s opera house and the structure Perla (The Pearl) located on a hill in the eastern part of the city provides a beautiful view of 360 degrees of Reykjavik. 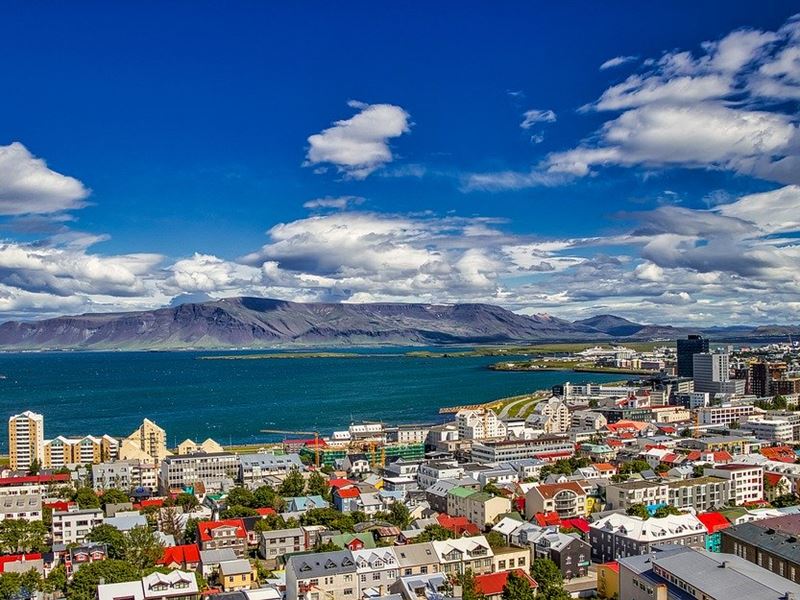 Three classic Icelandic landmarks; Thingvellir (Þingvellir) a UNESCO World Heritage, the first gatherings of the Icelandic Parliament, which is the oldest parliament in the world, took place.

Continue to Geyser Strokkur and admire its eruptions that happen every 12 minutes. End your day at Gullfoss Waterfall, this royal waterfall falls into two cascades close to each other and urges the spectacular view.

Day 3: Seljalandsfoss Waterfall and the black sand beach in Vik

Take a panoramic view over the south coast, visit Seljalandsfoss Waterfall, watch it falling down from the front and from behind since its rock formation has created a trail, which allows walking behind the waterfall. Pass near the famous volcano Eyjafjallajökull, and continue to the village of Vik in the southernmost point of the island of Iceland with its black sand beaches, be amazed by a volcanic eruption called Kirkjugól. 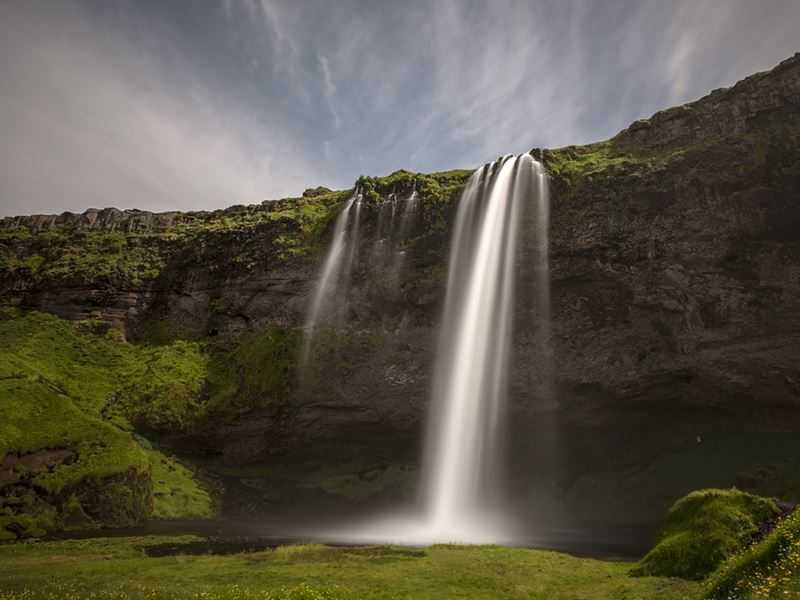 Explore the wilderness at the Skaftafell National Park, admire glacier Vatnajökull, the largest and most voluminous ice cap in Iceland,  visit the most beautiful sites in Iceland glacial lagoon-Jökulsárlón, with a chance to see seals sunbathing on the bright blue ice.

Travel along The East Fjords – “Far East of Iceland”, and enjoy a cruise to the island of Papey, where you can watch colonies of sea puns that stay at the island during their nesting season until mid-August. This village is known for the wooden houses built on the edge of the fjord that look like they were taken from a fairy tale. 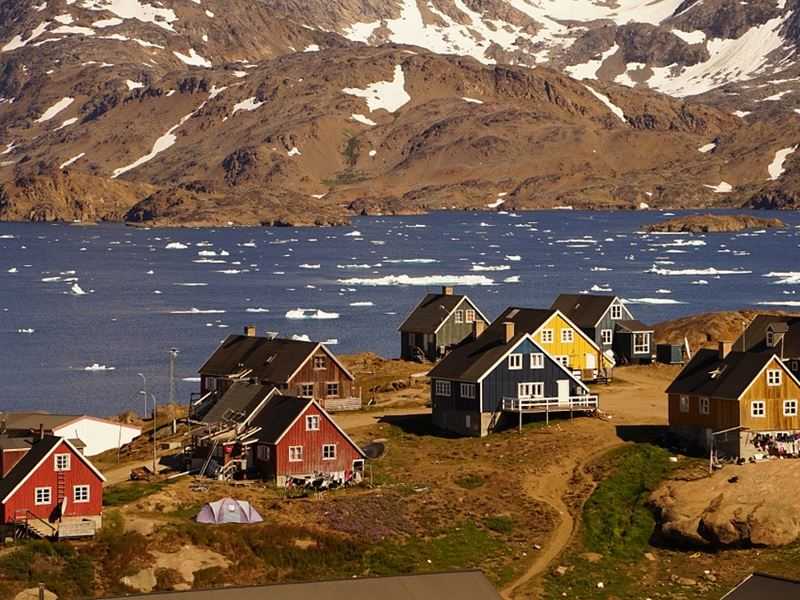 Visit the most powerful waterfall in Europe-Dettifoss waterfall, get a close look at the forces of nature at volcano Kra, explore the geothermal Námafjall with pits of boiling mud, and relax in Mývatn lake, the perfect place for some peace and quiet.

Drive to Akureyri the capital of the North, enjoy its attractions including a botanical garden, golf surfaces, open sea cruises and plenty of restaurants and cafes. Continue to Skagafjörður, known by some of the nest and the most beautiful Icelandic horses. This region is abundant with the rivers and lakes brimming with sh and swans cruising above it.

Move on facing western Iceland, the cradle of Icelandic sagas passing Borgarnes, and continue to Reykholt, stop to relax at the hot springs in Deildartunguhver. Visit Hraunfossar waterfall – ‘Lava Field Waterfall’ and admire the crystalline water streams out from below the lava field all around. Optional: for 4X4 vehicle travelers is to cross Iceland by the hilly dirt road Kjölur that runs between the two glaciers. 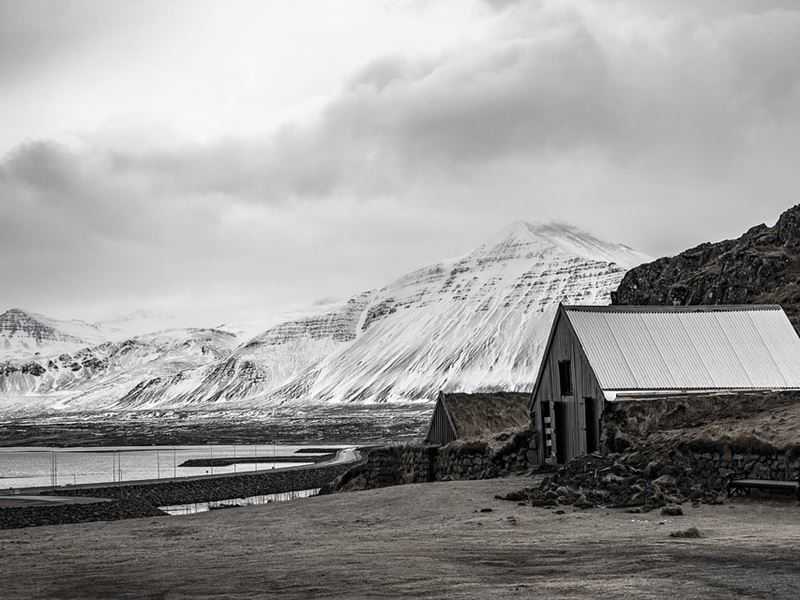 Until your flight back home, you will dedicate to the capital of Iceland, Reykjavik. Enjoy some sightseeing and discover its hidden gems. 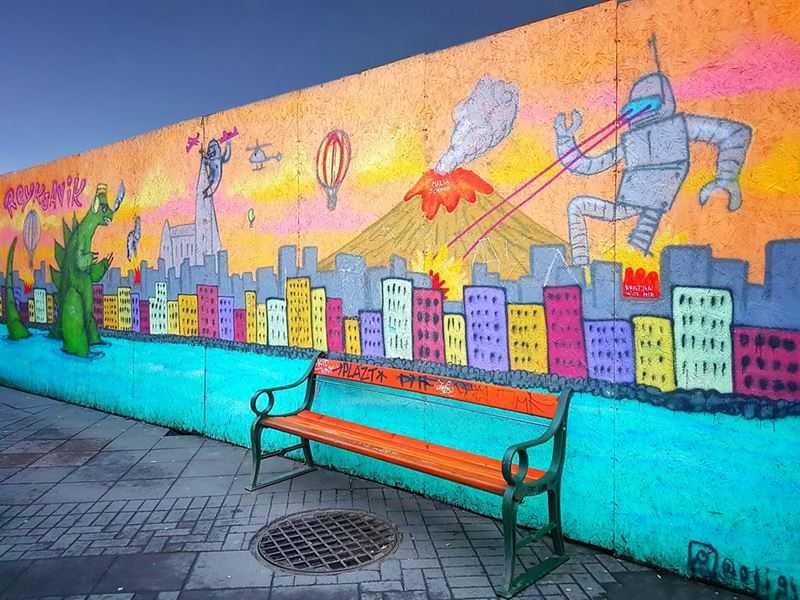 Thank you for joining our Puzzle family!